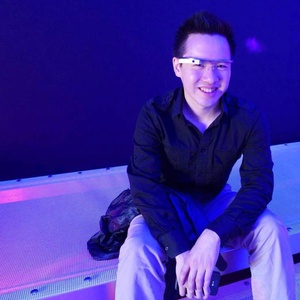 Adrian Wong, Google Glass' top electrical engineer, has left the company for VR headset maker Oculus, reports Crunch.
The engineer had been working at Google X, the company's division for future projects like Glass, self-driving cars and more since 2010.

On Facebook, Wong wrote "#FreshStartFridays - Surprise! Today is my last day at Google. Three rollercoaster years with Google[x] and Glass. What amazing memories. Now, time for the next great adventure!"

Wong worked on systems, camera and RF for the consumer version of Glass and was a Senior Hardware Engineer on the Explorer edition. Perhaps most notably, Wong has 10 patents, many relating to Glass-esque headsets such "Wearable Computer with Nearby Object Response", "Wearable Computer with Superimposed Controls and Instructions for External Device", "Method to Autofocus on Near-Eye Display", and "Unlocking a screen using eye tracking information."

Oculus VR was recently acquired by Facebook as the social networking company looks to the future of gaming and entertainment.