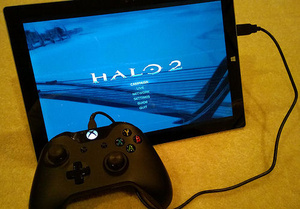 Xbox Live's Major Nelson (aka Larry Hryb) has posted downloads for Xbox One controller drivers for Windows PCs.
The drivers will roll out to Windows operating systems as part of regular updates, but if you would rather not wait you can grab them and manually install them on your PC now.

Download and install the drivers from the links below, and then simply connect your Xbox One controller via a micro USB cable and its game on!

Tweet
Tags: Xbox One
<OpenSSL vulnerable to Man-in-the-Middle attack >WATCH: Beats ad features football stars ahead of World Cup
Previous Next
Comments have been disabled for this article.