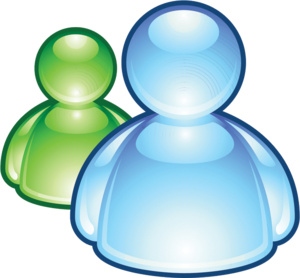 After being shutdown in the U.S. (and pretty much everywhere) back in February 2013, Microsoft left its iconic MSN Messenger instant messaging service available in mainland China.
Now after 15 years, Microsoft will truly ending the service, announcing closure in China, as well.

In China, local partner TOM ran the messaging service, not Microsoft, but they have decided to shut it down, effective October 31st.

As they were in the U.S., users of the service in China are being migrated to Skype, and Microsoft is offering free calling credit. It is unclear how many were still using the instant messaging service, but the numbers paled in comparison to others like WeChat, which has over 450 million monthly active users.

And hellooooo Skype, which is inferior in almost every way (except placing voice calls outside the network).

Why do I say this? Check out these three missing features, from MSN:
- User-definable emoticons (including animated .gifs)
- FREE text messaging to any phone number.
- Clear user interface.

Skype is terrible. I tolerate Trillian's silliness, just so I don't have to use Skype.

When Microsoft bought Skype I left it behind forever. They bloated it, ruined the look of the interface and if you watch the IP log communicates to way too many servers and even more data to do the simple job required.

Account Created Saturday 12 January 2008. After 13 years I consider myself a Sr. Member no matter WHAT my post count says.
33.9.2014 19:41
borhan9
Send private message to this user
AfterDawn Addict

Wow I did not think that messenger was even around in China I guess they were trying to flog a dead horse.

Good ridddance to MS Messenger. As for Skype, I kinda wish Sharman networks kept their Kazaa supernodes up and running (Skype uses Kazaa technology for it's P2P communication).

Probably because 70% of Chinese pc's are still running hooky copies of Windows XP and msfot reckons they will upgrade to win8 when they find out how buggy it is on winxp.