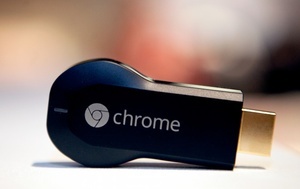 Chromecast has added more support for popular streaming apps.
As of this week, the HDMI dongle has support for WATCH Disney, WATCH Disney Junior and WATCH Disney XD apps. The apps include on-demand access as long as you have a TV provider login, right from your iOS or Android apps.

iHeartRadio support has been added, as well, which allows you to stream thousands of radio stations from the U.S.

Perhaps most notably is the addition of Twitch, allowing for the streaming of next-gen gaming content and other content from 60 million registered gamers.

Finally, Google has added support for DramaFever, which has over 15,000 TV episodes from foreign dramas.

Source:
Google
Tweet
Tags: Disney Twitch Google Chromecast
<Report: Apple to delay Chinese launch of iPhone 6 until next year >Xbox One controller for Windows coming in near future
Previous Next

If you want Netflix then just buy a smart TV or attach a PC to your home theatre.