Ubisoft confirms no DLC for Watch Dogs on Wii U 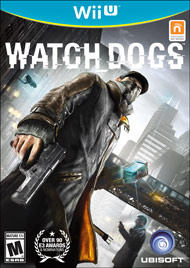 Publisher Ubisoft has confirmed that its Watch Dogs for Wii U will not be receiving any of the DLC that its counterparts on other consoles will receive.
Back in March, the game was released for PS4, Xbox One and PS4, but Ubisoft announced that the Wii U version would be delayed. The company even admitted that its Wii U devs had moved to the more important PS4 and Xbox One teams to make sure the game was released on time for those consoles.

The game is now set for release in November, but it wont get the DLC, even with the delay, angering gamers.

Unfortunately, this latest slight is part of a larger trend of third-party developers staying away from the Wii U, due to its perceived lack of a large gamer base.

@ToniCodrea No, the WiiU version will not have the DLC.