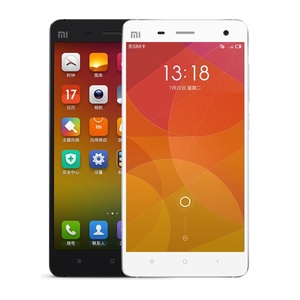 According to research firm IDC, Chinese smartphone startup Xiaomi is now the world's third largest smartphone maker - an incredible leap for a company that was founded just four years ago in 2010.
Thanks to sales of its new high-end Mi4 device, the OEM was able to jump ahead of Lenovo and LG, which are now tied for fourth. Samsung, even with falling sales, remains the clear leader followed by Apple, and both will be hard to pass.

Xiaomi has a massive presence in Asian nations, most especially China, but has a near 0 percent share everywhere else. The company's devices are not officially available in Western Europe nor North America, at least as of yet.

"Despite rumors of a slowing market, smartphone shipments continue to see record-setting volumes," said Ryan Reith, Program Director with IDC's Worldwide Quarterly Mobile Phone Tracker. "We've finally reached a point where most developed markets are experiencing single-digit growth while emerging markets are still growing at more than 30% collectively. In these markets, smartphone price points are making mobile computing possible where we once expected feature phones to remain dominant. This is great news for overall volumes, but the challenge has now become how to make money on devices that are quickly becoming commodity products. Outside of Apple, many are struggling to do this." 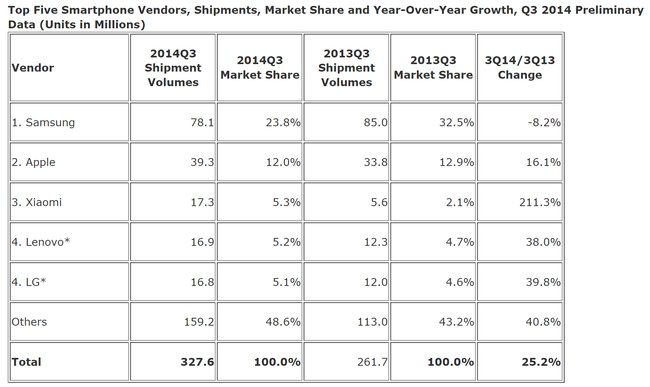 When you make phones specifically for 1.3 billion Chinese, then OF COURSE you'll rank amongst the highest.

Originally posted by hearme0: No sh*t!

When you make phones specifically for 1.3 billion Chinese, then OF COURSE you'll rank amongst the highest.

Unfortunately they can't or don't or won't produce more. If they did they would really kick ass of the first two, just by additional sales here in India. BTW fully unlocked MI4 sells for around $ 130/-.
Comments have been disabled for this article.