That was quick: CBS returns to Dish after one-day blackout following dispute 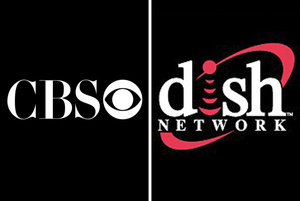 Yesterday, we reported that CBS pulled their content from Dish Network in 16 major metro cities after months of failed licensing negotiations between the two.
Today, the programming is back, as the companies have reached a "multi-year deal covering carriage payments, streaming rights" and ends the two's dispute over Dish's Hopper DVR and its ability to remove commercials.

The Hopper and its "AutoHop" feature was a big enough deal that CBS had sued Dish, and it seems that Dish has caved as part of the new deal. AutoHop is disabled for CBS programming for the first seven days after a program airs on CBS networks. Dish has long defended AutoHop, and its convenience for customers. The company says AutoHop does exactly what all TV watchers with DVR do anyway: fast forward through the commercials.

On Dish's end, the satellite TV company also gets rights to Showtime VOD content and Showtime Anytime, as well as all CBS programming and affiliate programming.

Just in time for those 8 NFL games. No surprise.

Dish is ghetto compared to DirecTV.

This is precisely why I chose DirecTV over Dish a few weeks back. Dish's instability coupled with their need to keep prices SO LOW that they dispute pricing with every cable channel provider regularly.

This is far from over.......it will happen again in the not-to-distant future. Perhaps a different network will complain.

It's hilarious how CBS shut down on Dish on a night when every show was a rerun. No new programming not even Letterman! So now everyone knows you didn't miss a thing!