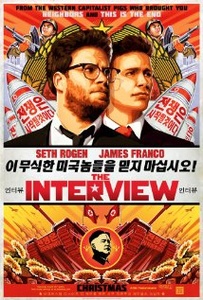 Anonymous, the group behind some of the largest corporate cyber attacks in recent history, claims the FBI are wrong in claiming North Korea is behind the hack on Sony Pictures.
Last week, the FBI claimed that the North Korean government was responsible for the attack on Sony's servers, which netted the hackers as much as 100 terabytes of sensitive information. The hackers also then threatened movie theaters if they showed the comedy "The Interview," which was eventually forced to be canceled by Sony since no one would distribute it.

At the time, the FBI claimed that "technical analysis of the data deletion malware used in this attack revealed links to other malware that the FBI knows North Korean actors previously developed. For example, there were similarities in specific lines of code, encryption algorithms, data deletion methods, and compromised networks." Additionally, the FBI found IP addresses that were associated with Korean infrastructure that were communicating with the IPs hardcoded into some of the malware used during the hack.

Many saw an obvious connection, but there were quite a few doubters, as well. For their part, North Korea still denies any involvement and has proposed a joint task force to find the real culprits. Guardians of Peace, the group that took credit for the attack, also mocked the FBI's investigation, calling the officials 'idiots.'

Anonymous posted their disappointment in Sony's decision to cancel the movie, and threatened more hacks if 'The Interview' was not released soon: "I would like to inform you that we all know the hacks didn't come from North Korea (we think everybody knows about this already). What we would like to say is that by not releasing "The Interview", you are denying us the privilege of the Freedom Of Information Act (1966). Unfortunately, due to your organisation panicking at first sight of trouble, we find this very cowardly of both yourself [Sony Pictures CEO Michael Lynton] and your organisation (Sony Entertainment)...Release "The Interview" as planned, or we shall carry out as many hacks as we are capable of to both Sony Entertainment, and yourself."
Tweet
Tags: Anonymous Sony Pictures north korea
<Report: Sony to release 'The Interview' for free on their Crackle service >Instagram now valued at over $35 billion
Previous Next

Bloody hell!, poor Sony. They're just sitting there whilst these organisation threaten them let right and centre. I usually agree with with what Anonymous stands for, but to punish Sony for making a decision that has a great focus on at the moment I feel is a little unfair. What if there was a terrorist attack on cinema goers, would Sony be blamed for not taking the movie off the shelves (so to speak).

I understand that the main focus here is that a decision has been made on an assumption (based on weak investigations) that it was the North Koreans who were responsible for the hack. But Sony have a responsiblity too and I do feel for them here. It's not an easy situation to deal with.

What Sony did as far as backing down to threats was inexcusable!

And as far as terror attacks in American theaters or any other theater showing this film, I will simply state what should be quite obvious....you DO NOT GIVE IN TO TERRORISTS...no matter WHAT they threaten!

If you do....you never are going to escape from their threats! EVER! You only encourage them.They are like a bully in school...most bullies back down when you stand up to them...though some will fight...but even then.....if they have to fight you to bully you and you fight back they usually leave you alone, because they realize you are not going to be an easy target to fall prey to their every whim!

If Sony had of not released this movie, that would simply give the blackmailers the desire and motivation to threaten both Sony and other movie makers dealing with films that are controversial!

Let me ask you a question...where exactly does it end?

By the way, North Korea's internet has been down for two days because people are mad over this. It does show the sense of outrage that people have over any form of giving in to terrorists! And no matter how you slice it...that is exactly what Sony would have done if they would never had released this movie!

Now what probably would have been a lackluster movie that most people would not want to see is a movie suddenly a lot of people are going to see...and if it gets released on torrent sites...it's on the net forever...weather or not North Korea likes it!

I really don't get why sony doesn't just profit on all this attention and release the fucking thing soon before people stop caring and or realize that the movie isn't up to hype. my two cents.

All this sabre rattling over a movie that probably sucks......

I hope the hackers get caught and brought to justice.

How unbelievable would it be that OUR Government was responsible for the "Alleged" Hack to Sony? They are capable of it, and likely would do it if they thought it would benefit them in some way. Think about it.

If you look at the theaters each showing of the movie is sold out. Who is to say that anyone hacked Sony? Perhaps it was all a publicity stunt to generate revenue from people rushing out to watch the movie. Something smells fishy to me.

I also believe in what Anonymous stands for.
Sony was cowardly and is against what all people want,freedom to see what they will,and not be
dictated to.
If it is in Anonymous's power let them equal the playing fields!

Is what Anonymous is doing with their threats any different than what North Korea did.
If Anonymous knows who was behind the hack why do they not hack them back instead of making threats to Sony