Authorities in the UK have arrested 22-year-old Vinnie Omari on suspicion of fraud, less than a week after the group Lizard Squad took down Sony's PlayStation Network and Microsoft's Xbox Live on Christmas via a large DDoS attack.
Omari was arrested as part of an investigation into thefts of PayPal accounts, but the investigators also took the suspect's phone, computers, Xbox One, flash drives and will search his emails and more "in relation to the hacking of the PlayStation Network and Xbox Live systems over the Christmas period."

Earlier this month, Omari and Finnish teen Julius Kivimäki made appearances on Sky News to comment on the downtime. Big time security expert Brian Krebs identified both and linked Omari to proposed sales of Mega vouchers on a hacking forum. This is notable because Mega founder Kim Dotcom offered 3000 vouchers for the service to the Lizard Squad to get them to drop the DDoS so he could get back to gaming.

Kivimäki was arrested last year for his part in a large botnet, and was found to have over 3000 stolen credit card numbers.

Krebs has a very interesting piece on the Lizard Squad, who he basically calls script kiddies and "angry" teens. 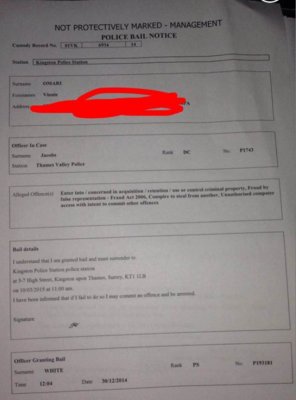 Omari doesn't sound like a Korean name to me, smh.

Originally posted by ivymike: Omari doesn't sound like a Korean name to me, smh.

This is about the ddos attack, not Sony hacking.

I thought I heard on the news that the Gov't also blamed this DDoS attack on N. Korea.....

This/These punk bitches deserve everything they get.......in the worst way possible! Perhaps they'll grow up and respect others going forward.

An ass-kicking now at a presumably young age will certainly better them throughout life.