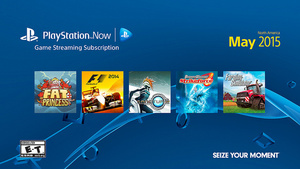 Sony has announced today that PlayStation Now subscriptions are headed to the PS3 on May 12th.
Gamers will have access to over 100 of the most popular PS3 games on their PS3, PS4 and some Sony TVs.

PlayStation Now allows for unlimited streaming of games for as low as $15 per month.

Additionally, Sony has added four new titles to the service including 'Fat Princess.'

Check out the new games here:

How about the rest of us outside us just get it at all.. still no sign of it on either ps3 or 4 in DK.