Recent headlines | Right now: WhatsApp photo sending is down - for everybody
AfterDawn > News > China lifts the decade and a half long ban on game consoles 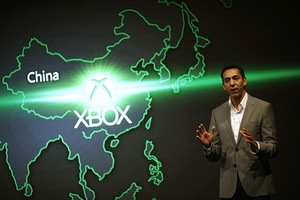 China has had an peculiar ban on video game consoles for 15 years. Since last year it hasn't affected companies registered in he Shanghai Free Trade Zone anymore, but now it's finally time to end the ban altogether, WSJ reports.
The Ministry of Culture revealed earlier this week that the ban will lift from the whole country. That means that manufacturing and selling video game consoles is again allowed. This obviously opens up the game market in a huge way.

Companies including Sony and Microsoft are surely looking to commit into China more now. Sony told Wall Street Journal this was "great news" for the company.

In 2000 China decided on the video game console ban to prevent possible harmful influences to its youth. Presumably China has noticed there hasn't been proof of such effect in other countries.
Tweet
Tags: Sony China Microsoft
<Chromecast celebrates the second birthday with free music and movies >Twitter is catching joke thieves, removing tweets
Previous Next