Recent headlines | Android 11 update tracker - What phones will get it?
AfterDawn > News > Apple Music has 11 million subscribers, but how many will pay?

Apple Music has 11 million subscribers, but how many will pay? 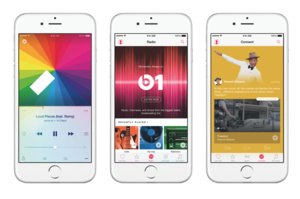 Apple's Eddy Cue told USA Today earlier this week that the company "thrilled" about the Apple Music numbers. According to Cue, Apple Music has accumulated a total of 11 million subscribers during the first month.
Apple Music launched in early July with a three month free trial that has now been activated by over 11 million people. Two million of those accounts are so called family plans, which can be used by up to six family members.

After the three month trial expires Apple Music single subscription will cost $9.99 and the family plan five dollars more at $14.49. The numbers while "thrilling" do not really tell how many will opt to pay for the subscription and how many are just to trying it out for free.

Spotify told in July that it has currently 20 million paying subscribers and another 55 million that are using their music service's ad-supported version. Apple Music does not have a free model, but one of the Apple Music's unique features is the free to listen Beats 1 online radio.
Tweet
Tags: Apple Spotify Apple Music
<OnePlus founder has promised another new smartphone before end of the year >Apple revamps website, integrates store
Previous Next
Comments have been disabled for this article.