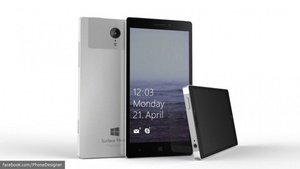 Microsoft is clearly not being subtle in codenaming their upcoming Surface Phone.
According to sources, the device is code named 'Project Juggernaut Alpha.' Of course, a juggernaut is a large, overpowering and unstoppable force which Microsoft certainly hopes its flagship device will be.

Now, we have a look at the alleged specs, which are (true to the name) very powerful:

Now, whether the smartphone will remain a rumor or actually launch remains to be seen but Microsoft will be aiming high if it does. 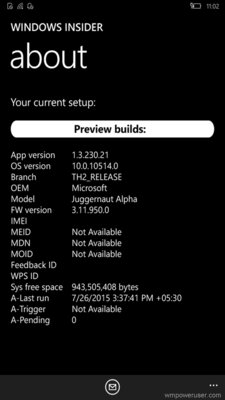 Who are the "sources" behind this article? Whomever it is, you should whack them in the head with a stick, because they punked you.

The more credible rumor is that Microsoft is developing a phone called "Cityman" which looks pretty nice, and includes a Snapdragon 810 processor that is actually capable of supporting the specs that the device is rumored to have. 1440x2560 display, 3 GB Ram, 20MP rear camera, and an iris scanner.

Quite true; the SoFIA cannot approach anything close to these specs. Sounds like intentional FUD by M$ themselves, to me ^^' ...

Originally posted by Bozobub: Quite true; the SoFIA cannot approach anything close to these specs. Sounds like intentional FUD by M$ themselves, to me ^^' ...

How do you know its not FUD by some ramdom idiot instead?
This is superman
421.8.2015 11:26
Bozobub
Send private message to this user
Senior Member

I don't; that's why I said it sounds like such to me. In other words, it was merely an opinion. You are making an assumption based on something I did not actually say =) .

I think it would be more unbelievable if they had the next iteration of the Intel chip before it is made. In the roadmap that is supposed to be Intel Broxton at the time of release touted for this phone. That is a high end chip for mobiles and would indeed underpin the specs that have been advertised. You would need to develop the phone with current cpu as a fill in until Broxton is released and the x3 atom being the most similar cpu would be a frontrunner for the development phase to that point.

I am interested in the surface pro 4 and that is strongly rumoured to be arriving with the just minted skylake cpu. Seems like a new wintel strategy of showcasing their wares to set a standard for the OEMs. Good move if so.