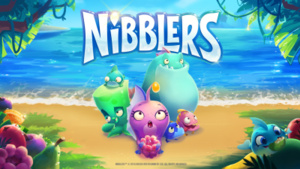 The puzzle matching game lets you match fruits and your Nibblers have special abilities that can help as you advance through 200 levels.

"We're thrilled to bring a completely new IP to the mobile gaming scene," says Heini Kaihu, Head of Studio at Rovio. "Nibblers may be newly evolved creatures, but fans of our other games will recognize the Rovio touches – strong characters, beautiful visuals, and a lush soundtrack recorded with live orchestra and soloists. This will be a game you want to return to again and again."


Tweet
Tags: Rovio Mobile Gaming Nibblers
<'Star War: Uprising' launches for mobile >iPhone 6S, Plus already on backorder in China
Previous Next Write a comment
Comments have been disabled for this article.