Recent headlines | iPhone users: Do not join WiFi network named like this - your WiFi wont work after this
AfterDawn > News > R.I.P. Sony Betamax 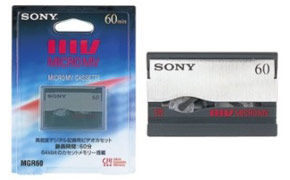 Even though it hasn't really been producing Betamax or MicroMV items since at least 2002, Sony has finally and officially killed off the two brands.
Sony was still selling minimal amounts of Beta and MicroMV cassettes, but sales will cease in March of next year.

For those of you who remember, VHS beat out Betamax back in the late 70s and early 80s to become the dominant media until the advent of the DVD in the 90s.