Japan Display to begin mass production of OLED panels in 2018 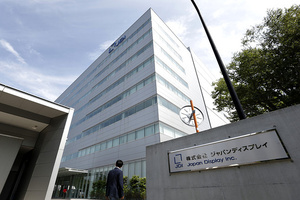 Japan Display has confirmed it will begin mass production of OLED panels in 2018, hoping to have such displays used for upcoming Apple iPhones that are rumored to use OLED.
"We will take advantage of our advanced thin-film transistor technology in developing OLED screens," Akio Takimoto, chief of Japan Display's research center.

JD already supplies screens to Apple, but has been facing increased competition from companies like Samsung and LG.

Japan Display, which is majority owned by the government-backed Innovation Network Corporation of Japan (INCJ), could soon be merging with Sharp, if the company accepts INCJ's recent bid.