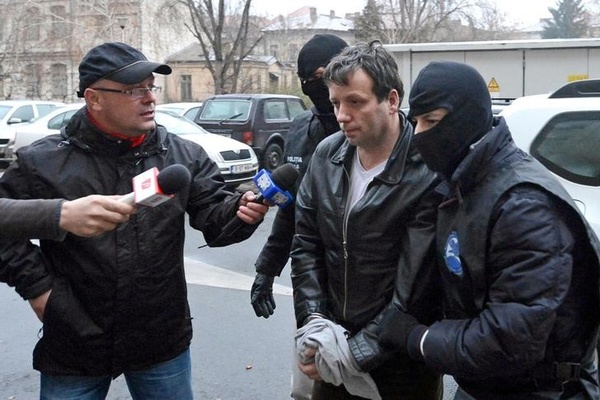 Romania's top court will extradite the hacker known as Guccifer, approving a request from U.S. authorities.
Marcel Lazar Lehel, aka Guccifer, will now have to face a U.S. court on charges of fraud, unauthorized access to a protected computer, aggravated identity theft, cyberstalking and obstruction of justice.

The hacker is accused of stealing data from email and social media accounts of U.S. celebrities and politicians, most notably the family of former President George W. Bush. Lehel already received four years in prison in Romania for similar crimes.

Guccifer became infamous in 2013 for hacking into the Bush family emails and then posting the unreleased artwork drawn by the President.

My thoughts exactly!
"Do not underestimate the power of an enemy, no matter how great or small, to rise against you another day." - Atilla
37.3.2016 14:00
aw2600
Send private message to this user
Junior Member

"Unreleased artwork drawn by the President." Did he stay inside the lines?

Originally posted by aw2600: "Unreleased artwork drawn by the President." Did he stay inside the lines?

I hated Bush too but I really really hope you people aren't on the side of the hacker.

He deserves everything he gets as we now have a face to place on the dirty, dishonest and rampant hacking being done in the Eastern European countries!

If this guy hacked YOUR COMPANY or your personal whatever, you'd be pissed!

A nerd in handcuffs. Love it!