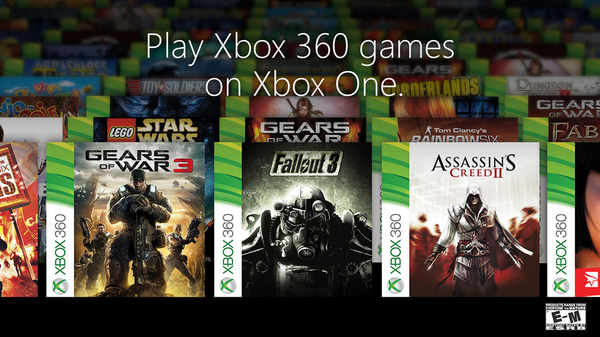 Microsoft has confirmed this weekend that the Xbox One's backwards compatibility has now added support for multi-disc games starting with "Deus Ex: Human Revolution Director's Cut."
"We know fans were asking for this feature and our engineers worked hard developing a solution to enable it so we could further expand the titles included in Xbox One Backward Compatibility," an Xbox spokesperson said. "We're continuing to listen to our fans on Xbox Feedback and work with our publishing partners to grow out library of Xbox One Backward Compatibility titles and will work to include more multi-disc games."

Earlier in the day, Xbox spokesperson Major Nelson confirmed the news, as well. "I can confirm that the BC team has done work to support multi-disc scenarios," he wrote. "Be sure to thank the BC engineers."

I don't own a console. Hard core PC gamer. WTF is on the 'other' disc(s) of a "multidisc" game?

Sounds like the old days of laser discs where we had to flip them half way through the movie.

@hearme0
Xbox360 didn't use Blu-ray discs, so larger games had to be split across multiple DVDs, such as Blue Dragon or Lost Odyssey. Some games like Fallout 3 GOTY Edition had DLC on a second disc that you would have to install.

Just remember, the walls are thin and I'm impressionable.
Comments have been disabled for this article.