Chromebooks outsold Macs for the first time ever 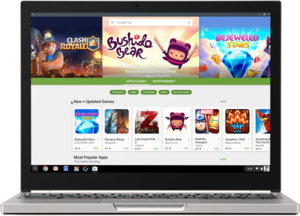 What Huang means is that schools and students continue to buy Chromebooks, which are normally a tenth of the price of Macs, given their solid feature set and Google's programs for educators.

IDC estimated U.S. Mac shipments at around 1.76 million in the most recent quarter, and Chromebook shipments at close to 2 million.

it's a no brainer, suppose your internet is down, what do you do on any laptop? probably nothing! everything these days is online so saving yourself $800 by buying a chrome based laptop is the way to go.