Samsung setting up booths at airports to stop Note7s taking off 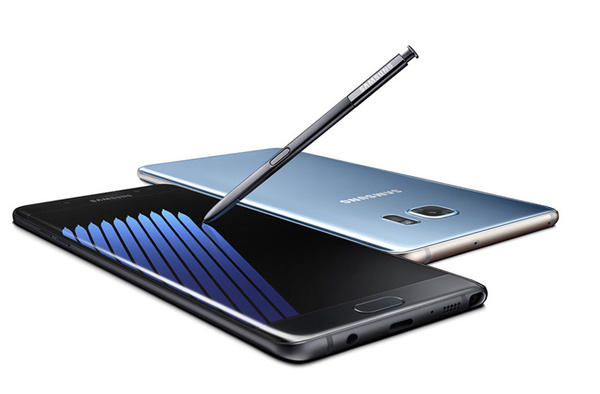 Samsung's fiasco with the Note7 reached new heights when couple days ago US Department of Transportation banned all Note7s from all flights. Now it is illegal to carry a Samsung Galaxy Note7 to an airplane whether it is on or off.
The smartphone has a battery problem which can result in a fire which is obviously a huge hazard in a plane. Washington Post reports that Samsung is now setting up booths at airports to get more defect phones off the market and make sure people won't be fined for taking a prohibited item on board.

Samsung will be helping customers that still haven't returned their Galaxy Note7 even after two recalls and tons of media coverage. Samsung had to cancel the smartphone model's production and sales altogether after failing to relaunch late last month.

The booth are located before the TSA security screening and offer to copy your data to a new phone. Unfortunately Samsung probably won't be offer replacements from other manufacturers so you might have to choose a Galaxy S7 to enter your flight. Then again there are far worse options than the S7.
Tweet
Tags: Samsung Samsung Galaxy Note7
<KGI: Apple will gain up to 7 million switchers due to Galaxy Note7 debacle >Netflix to increase original programming to almost two fold
Previous Next

This is so funny and even more so FASCINATING.

I'm anxiously awaiting that first busted obstinate dumbass for trying to pull the wool over eyes by keeping their Note7 and bringing aboard a plane.

Can you say "STUPID"?

I don't own a cell so I'm LMAO with all the new revelations and hoops of fire that Samsung and its customers are and will go through merely to unf*ck this fiasco.

I sincerely hope it gets worse for the customers of Note7 phones AND Samsung. That is just more entertainment for me.

But, it's just a matter of time before the unknown dumbass gets in serious trouble for being a self-centered punk by bringing his/her (most likely a 'her' I bet) Note7 aboard a plane that is CLEARLY HAZARDOUS.

He/she will INDEED deserve whatever punishment comes their way. But they'll no doubt claim "i didn't know".

Originally posted by hearme0: This is so funny and even more so FASCINATING.

Originally posted by hearme0:
But, it's just a matter of time before the unknown dumbass gets in serious trouble for being a self-centered punk by bringing his/her (most likely a 'her' I bet) Note7 aboard a plane that is CLEARLY HAZARDOUS.


Every time I think to myself that maybe Hearme0 isn't so bad, you go and make a sexist bullshit comment like this that does nothing but prove what a small-minded douche-bag you really are.