Kodak made a smartphone that's more of a camera 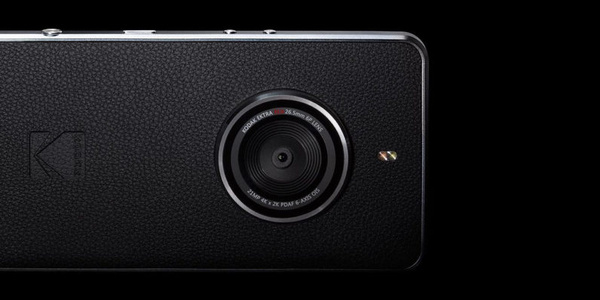 Kodak has revealed their second smartphone, a device that is more camera than it is phone.
Dubbed "The Ektra," the phone has inspiration from the company's classic 1940s Ektra camera and has a powerful and feature-rich 21MP shooter.

The phone has a steel-rimmed f/2.0 aperture 26.5mm lens for the 21MP camera, including 4K video capture and a powerful Sony IMX230 image sensor. From a design standpoint, the Ektra has a curved bottom, a leather back for easier grip and a dedicated camera shutter button.

Kodak used Bullitt to build the device, which runs on a mostly stock Android 6.0 and runs on a Helio X-20 deca-core processor, 3GB RAM, 32GB internal storage and a 3000mAh battery. The device also has a 1080p 5-inch screen, a 13MP selfie camera and can take microSD cards. The specs are certainly above mid-range but are nothing to write home about.

It will be interesting to see the kind of buyers that Kodak lines up for this type of device, especially at 500 euro when it launches in December. 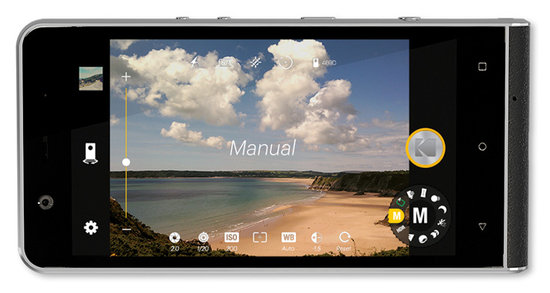 I predict this will be a disaster.

However, I love the fact that Kodak is doing this. It's been a long time since the primary function of a phone is the phone function. For some people, it's a gaming device. For others, a texting device, or a web browser, or an e-mail checking machine. But if you're into the camera function (and I am), then it's time some company started making a device that is a camera first and a phone/etc. second. I love the improved lens (albeit bigger), and the way the body/buttons/etc. are designed from a camera perspective rather than trying to figure out how to make a phone's body and buttons work for camera functionality.

I would love to see the major manufacturers start making different models that focus on different aspects of functionality. I think they would succeed. But Kodak is now such an outdated, forgotten company that I don't see them having the same kind of success.

The way the euro is going, a 500 euro device with features like that will be a great deal.