Recent headlines | Russia introduces new 100 rouble bill - but you can't get it from ATMs or to pay with it 1
AfterDawn > News > Samsung investing over billion dollars in Austin, TX plant 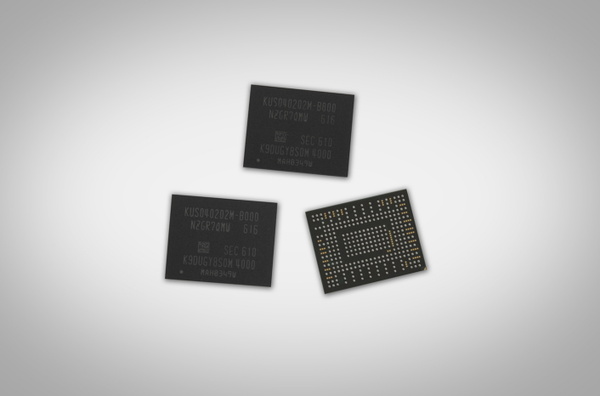 Samsung has recently told the media that it will increase the investment to its Austin, TX manufacturing plant by a further billion dollars – yes, that is billion with a 'B'. The manufacturing facility located in Texas will ramp up the production of semiconductor chips for Samsung and its' contract customers, Reuters reports.
The investment will be gradually made before the end of next year and will boost production to meet growing demand. Among the largest contract customers of the world's second largest chip manufacturer after Intel are Apple, Qualcomm and Nvidia.

Apple has lately been moving away from Samsung and reportedly stroke a deal with TSMC for the upcoming A11 chip. Qualcomm and Nvidia on the other hand are said to be relying on Samsung's manufacturing process with their upcoming high-end chips.

Semiconductors and especially memory chips have been a good business for Samsung for a while. They most recently kept Samsung afloat while problems with smartphone business has stalled the growth in last quarter. This will further advance Samsung's stability as they aim to retake smartphone business growth.
Tweet
Tags: Samsung manufacturing semiconductor
<GMG apologizes for bad Titanfall 2 and Battlefield 1 keys >Google is struggling to get people paying for YouTube
Previous Next

Perhaps Samsung can invest some money in it's lithium battery business. Something that's sorely needed after it's exploding cell phone fiasco.

They USED TO BE great but now they mill out EVERYTHING. TVs, cell phones, WASHING MACHINES, blu-ray players.

Now, I'm not saying that EVERYTHING they pump out breaks.....if that were the case then clearly they'd be out of biz, BUT, they have shitty QC and mill out everything for the good ole dollar.

I have had many Samsung products. Very faulty. Some okay but most not. Cell phones back 10 years ago were unreal good, now not so much.

My old 850 series TV, 2nd from top-of-the-line to the 950 needed panel replaced twice because Samsung uses an adhesive to bind the crystal panels together and that compacts and expands over time with heating and cooling of the LCD panel.


I advise AGAINST buying anything Samsung to everyone I know. They usually learn they're stupid lessons within 1-3 years.

People man.......gotta kick them over and over before they restructure their thinking and/or change their minds for the better. It's like self-deprecation.

Samsung should consider investing a billion or two into a good battery manufacturer; it isn't the chips that gave them two black eyes...it was the batteries that will probably keep coming from the same supplier.

Well, I think they more need to take a leap into one of the various "next-gen" higher-density AND more durable battery techs out there. I've seen more than one that can take a bullet, literally, and still give it almost uncompromised performance (both aluminum and glass "sandwich" batteries) without any tendency to explode, burn, or give off noxious fumes =o .

Of course, tooling up anything like that involves building an entire line from absolute scratch, with all the attendant hassles and setbacks. is its own challenge. But that kind of investment in a more than incremental leaps in tech is what it's going to take to stay ahead, in my opinion, and only moreso as time passes and we get closer to immanentizing the eschaton, so to speak, and the technology curve bends asymptotically upward...