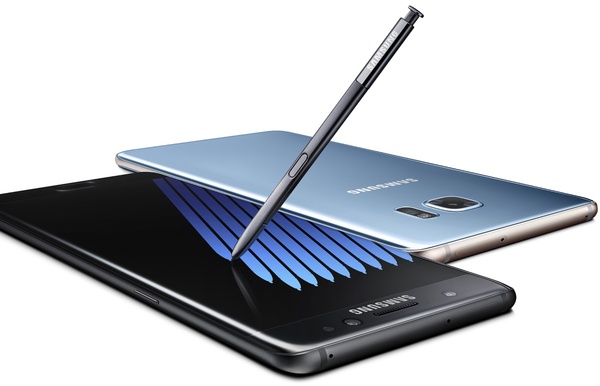 Samsung's investigation into last years Galaxy Note7 battery problems has finally concluded but there might still be some worries for the Korean smartphone giant. The company has revealed that it will be delaying its next flagship phone's release.
In previous years Samsung has released their Galaxy S flagship during the Mobile World Congress in Barcelona. This time around that won't be the case, the mobile chief Koh Dong-jin revealed Reuters.

For a while now rumors have had it that Samsung's investigation to battery issues would delay the upcoming Galaxy S8. Even though it is not confirmed yet that this was indeed the reason of the delay, Koh said that the company is working hard to regain trust by making sure every measure is taken to ensure product safety.

Samsung's investigation concluded that there was two separate problems in the batteries of two different batches. Both of them could be detected with the new safety protocol in place for new devices.

The company did not reveal when the press conference for Galaxy S8 release will be held. However, we can assume that it will happen sometime before summer.
Tweet
Tags: Samsung Samsung Galaxy Note7 Samsung Galaxy S8
<Netflix is closing in on 100 million subscribers >Apple and Foxconn investing billions in a new display plant in the U.S.?
Previous Next

I really wish Samsung could come up with a new Note with Exynos CPU. Exynos is better than SD, and a Note is more desirable to me than an S series phone.


Samsung isn't what they used to be. Substandard product line in EVERY line. QC is abysmal, integrity is in question and prices keep going up.........more so now to compensate for their mis-doings.

Originally posted by hearme0: Samsung isn't what they used to be.


Apple is not either what they used to be. Sony is not either what they used to be. And...why blame it to Samsung only (Sony, Apple, LG, Dell have lot of failures as well)? If you talk about the price, Apple is exorbitantly expensive, and so?
Just because the latest Note failed, I wouldn't say Samsung is shit; they still make quality stuffs, and I'm sure they'll come up with more quality products in future. It's only negative people like you who keep nagging about the isolated cases.
ASUS G73JW | Intel Core i7-740QM, 1.73GHz | 8GB DDR3 | Nvidia GeForce GTX 460M, 1.5GB | OCZ 120GB SSD + Seagate 500GB Hybrid 7200rpm | 17.3" FHD/3D | Blu-ray Write | Win7Pro64
Comments have been disabled for this article.