Apple loses the number one spot in China 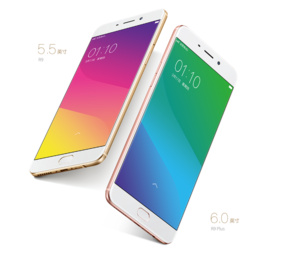 Apple's iPhone has been the number one smartphone around the world for much of the last 10 years. Even in China, which the Cupertino, CA compnay had a slow and tough start but managed to clinch the number one spot in 2012.
After 2012 the ride hasn't been exactly smooth either, but the spot has been captured every year by Apple – until now. A new smartphone model has overtaken Apple's iPhone as the most popular smartphone in China, CNBC reports.

Last year Apple's most popular iPhone model was the iPhone 6s released in fall 2015 and it managed to move approximately 12 million units in 2016. Even though China's smartphone sales is far from the huge growth couple years back, Apple's 21 percent decline in sales is unnerving for the giant.

The new king of smartphones in China comes from the multitude of manufacturers their homeland produces. Although selling a whopping nearly 17 million million R9 (pictured: R9 Plus) units you might have not even heard of the brand, unless regularly watching America's Next Top Model which, as you might have guessed, has been sponsored by the company.

The company is Oppo, which might be more known in the West via its subsidiary OnePlus that has been producing some of the best Android phones while keeping the prices at bay. As you can probably tell, there's a lot of similarities, coincidentally, between Oppo's R9 lineup and recent iPhone models.

Good .... It's time to take away from the Apple Thieves. They pay $15 for a phone that they sell you jerks for $700. I hate them and their lousy computers.


We have a huge trade deficit with China; such an action would hurt China far more than us.
425.2.2017 05:55
voyager
Send private message to this user
Member

Yep,China will be the worm that will eat the Apple,rotten apple.
The Chinese company Banggood carry all those China phones and as I see those phones have specification far more powerful than any available phone in the USA.
Take a look at this little beast: