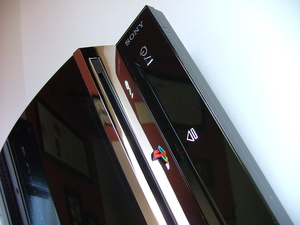 Still remember the first time you played Resistance: Fall of Man or Ridge Racer 7? I might well be that it was over 10 years ago on a brand new PlayStation 3. Now after over 80 million sold PS3 consoles Sony is allegedly seizing production.
Reports from Gematsu have it that Sony has decided to call it quits with PS3 after over 10 years of production. The production of the last model, a black 500GB PS3, will be ended "soon" according to Sony's Japanese website.

PlayStation 3 was released in November 2006 almost a year after its rival Xbox 360. Now after approximately a year after Microsoft stopped the Xbox 360 production, Sony is ready to move on too. According to Wikipedia, to this date they have both sold an almost identical 84 million units within their 10 year lifespan.

Sony is definitely ready to move on and reap the benefits of the new generation. PlayStation 4 has outsold Xbox One every step of the way and is looking to easily surpass PS3's numbers in few years. Sony has sold over 50 million PS4 units in just over three years.

Ya know what other era I think will end, and one I kinda am ready for, is Microsoft!

I'd like to say good bye to Windows and start Ubuntu. Sadly game playing is an issue but Steam is fully capable so that's a step in the right NON-WINDOWS direction.

Cause Windows 10 sucks ass and come 2020, when my Win7 isn't supported, I'm gonna be at a crossroads there.

Originally posted by hearme0: Windows 10 sucks ass and come 2020, when my Win7 isn't supported, I'm gonna be at a crossroads there.

3 years is a very long time in computers. That's long enough for them to fix issues and add features, or get 3rd parties to create killer apps for existing features. It's also long enough for someone to make a script to strip windows 10 down to the bones (it really is a decent OS under all the garbage). It is also long enough for microsoft to forget a target...that is, if they look at the numbers and see 25% of computers still use Windows 7; including a lot of large businesses and governments; then they are going to have serious concerns about cutting off support.

Personally, I think the demise of Windows 7 will come either from the memory limitations that some of us have already been experiencing for years or from third parties doing things that either make Windows 10 better or make it necessary. Even then, ending support for Windows 7 is also essentially ending support for server 2008 R2...and that's a really dangerous bridge for Microsoft to cross if they want to maintain any kind of foothold in the server market.
321.3.2017 22:20
smokyrain
Send private message to this user
AfterDawn Addict

I enjoyed my PS3, still have it, and still have many games yet too finish. But as always I bought PS4 on Launch Day and I love it

I have to say though, PS2 was still the best seller all around so far

On the Microsoft side, for my older computers I kept Windows 7 too, but I don't mind Windows 10 on my newer stuff. Still many things for them too work out though. Personally if I only had Home edition it would suck. Enterprise or Pro are best.