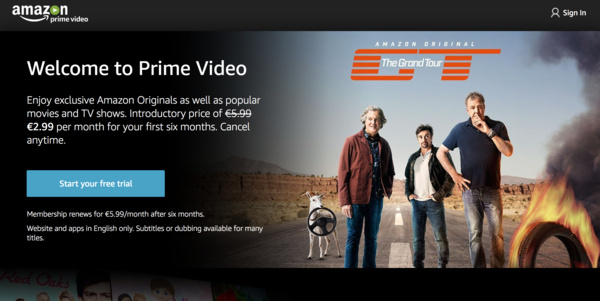 Apple's annual Worldwide Developer Conference (WWDC) has been opened by Tim Cook. Cook started the keynote by telling how popular the developer community is currently but quickly moved on to updates about products.
The first product update announced by Tim Cook is for Apple TV. Apple has managed to make deals with Amazon and finally gets online shopping giant's video service on its platform.

This means that later this year Amazon Prime Video will be available on Apple TV with its thousands of movies and TV shows. This of course includes all the critically-acclaimed original shows, such as Man in the High Castle.

Apple did not reveal a date for update but as said earlier it will be coming before the end of the year.
Tweet
Tags: Amazon Apple TV WWDC Amazon Prime Video
<Microsoft promises a variety of Always Connected computers >Updates to Apple Watch, new watch faces and Siri expansion
Previous Next
Comments have been disabled for this article.