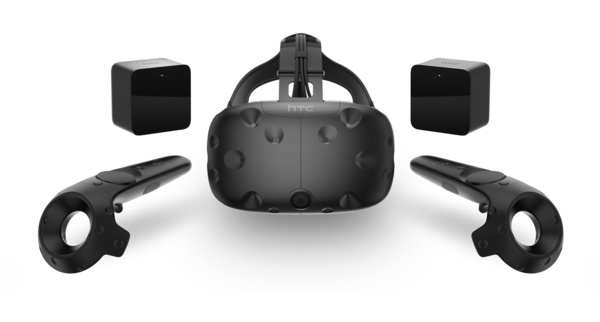 HTC has permanently cut the price of the Vive VR headset by $200, bringing it closer to the cost of hardware from rival Oculus.
That brings the cost of the Vive headset down to $599, which is still $100 more expensive than Oculus Rift & Touch. It also includes Google Tilt Brush, Everest VR, Richie's Plank Experience, and 1-month free access to VIVEPORT Subscription.

It was only a matter of time before HTC would cut the cost of Vive following cost cuts by rival Oculus. Consumers have been choosing between two similar VR systems but with a $300 difference on the price tag.

According to Engadget, HTC said that the cost cut is not aimed at clearing inventory, so it's unlikely that HTC is preparing to unveil any new hardware.

Oculus surprisingly won out the last side-by-side comparison in just about all categories.

Vive/Oculus will only remain attractive at a sub-400 dollar pricetag that INCLUDES EVERYTHING IMO.

VR is already dying out and it's been a year since they arrived. Humans don't want this crap I guess.

If the Oculus was the original advertised price of around 300 I would have one today. The price is just too high, and the experience is not great enough. When Oculus 2.0 comes out and is around the 300-400 mark I'll jump in.

Still waiting for quality that will let me use it instead of a monitor...the 3D would be fun for games but really I just want something that is like having a 60in 4k display that I can carry in a backpack.