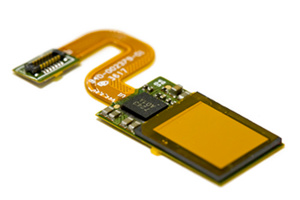 Fingerprint sensors are one of the best ways to authenticate in a smartphone, and in recent years they've become a staple that provides fast, secure and efficient way to unlock your device. However, in the past year or so, smartphone manufacturers have adopted a new type of technology that has made it harder to deploy a fingerprint reader in the phone.
Bezeless displays are have been the craze ever since people fell in love with the original Xiaomi Mi Mix. Now Apple, Google, Samsung, LG, Huawei, OnePlus, and others have their own nearly bezeless flagship phones. That means that you've had to move your fingerprint sensor from the front, where many like it the best, to the back, or, as is the iPhone X's case, remove it completely.

However, maybe you prefer fingerprint sensor over even a state-of-the-art face unlocking like Face ID, and you definitely want it in the front because you need to unlock the phone a billion times a day while it's laying on the desk, and you still want a huge display that takes up nearly all the room from the front face of the phone.

Well, Chinese manufacturers showed a prototype of an in-screen fingerprint sensor even before the iPhone was out, but it was slow and not really where it needed to be to hit the markets. Last month, though, Synaptics, the company behind many of your laptop's trackpads and other input devices, unveiled an in-screen fingerprint sensor called the Clear ID (pictured). It promised a top tier manufacturer to showcase it at CES 2018.

Now that CES 2018 has been under way for a few days, the device with the new type of fingerprint sensor has indeed been demoed at the show. This Vivo smartphone is the first one to have an in-screen fingerprint sensor. It is located underneath the display but according to reports you can get a glimpse of it from the right angle when the display is off.

It's not as fast as the traditional readers at this point in time, Synaptics promises a 0.7 second unlock time while speediest sensors like on the OnePlus 5T do it in less than a third of second, but it will surely only get faster in the upcoming iterations.

Now we just have to see how many of the major players in the smartphone space are willing to give a few tenths to get perhaps a more aesthetically pleasing device.
Tweet
Tags: Synaptics vivo Fingerprint Scanning Fingerprint Reader
<Samsung showed off their 146-incher at CES >Remember Kodak? Yes, the cryptocurrency company
Previous Next Write a comment
Comments have been disabled for this article.