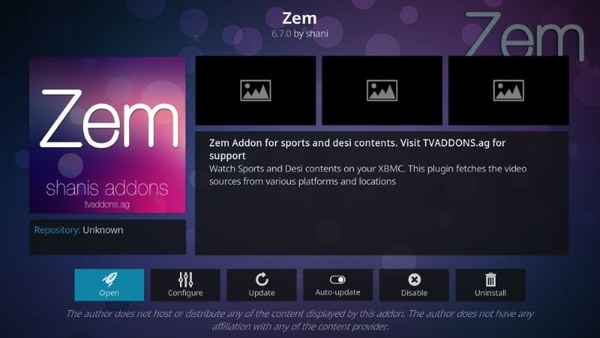 A Kodi Addon developer in the UK may be facing a judgment of almost $2 million in a lawsuit brought against him by U.S. satellite provider Dish Network.
The developer, Shani, had been sued by Dish because his ZemTV addon offered unauthorized streams of television channels. While Dish claimed that the addon was responsible for the unauthorized broadcast of thousands of infringing works, it focused on just thirteen for the lawsuit.

It is not seeking a default judgment of $150,000 per work, amounting to $1,950,000. The request comes as the Kodi Addon developer has given up defending himself, citing high costs.

Last week, Dish Network dismissed its lawsuit against the founder of TVAddons.

"Defendant's clear willfulness and the strong need for deterrence, as shown by ongoing infringement in the face of numerous notices of infringement and intent to operate his service on the basis of stealing others' intellectual property, justifies an award of $150,000 per work. The Court should grant this motion and hold Defendant liable for damages in the amount of $1,950,000 and enter a permanent injunction, which is necessary to protect DISH's copyrights from further infringement."

The ZemTV Addon and its developer have nothing to do with the official development of Kodi media center software.

A few years ago I had visited a Saturday flea market in Toronto, Canada. There were host of pirated software sellers who would update your satellite TV receivers for a month, at literally a small fraction of the official price, to receive Indian and Pakistani TV channels. Right there in the open.

This is like jailing the knife manufacturer when their product is used in a murder. Why not go after the gun manufacturers too? I am sure there are some other uses for the addon.

Quote: This is like jailing the knife manufacturer when their product is used in a murder. Why not go after the gun manufacturers too? I am sure there are some other uses for the addon.

NO I don't thing so, not even close to the same thing. Selling knifes is a legal thing, in most cases, and their not made for one specific thing like stealing, or in your case killing some one and going after the seller instead of the murderer. The TVAddons are specifically for that purpose, only for that purpose to steal someones programming.

Now I think more power to them and the fines are typically insane for the crime especially when you look at 70% of murders getting away with murder in Chicago. But the system is stacked for big money and not us.