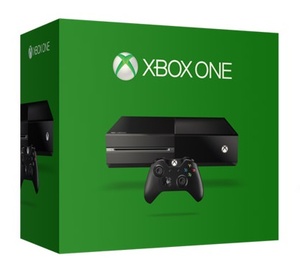 Microsoft is also said to be considering a 'disc to digital' exchange program, allowing for Xbox One owners to drop their physical copies into a store to receive a digital download code in return.

The sources also said Microsoft is working on a revamped Xbox One S that does still retain a Blu-ray disc drive, as the company is conscious of the fact that a lot of gamers still prefer to have a physical copy of a game rather than downloading it.

A disc-drive-less Xbox One console would launch next year, according to the sources. It is also not part of Microsoft's next generation Scarlett consoles. The aim is to sell the console for around $200 or less.

Disasterous for consumer & retailer. Would lead to the end of consumer choice (where to purchase from). Would also kill off the pre owned market.

Big mistake. I would never buy a console without a physical drive. Games in digital format are often more expensive than on the high st. You might save on console price but ultimately that saving will be wiped out pretty quickly.

I would prefer to have am optical drive of some sort, but people had the same worries about Steam on PC and it's very easy to find a lot of their games cheaper on various bundle and key sites, so I'd guess it will eventually be the same here.

Pre-owned for sure would suffer, would much prefer to have a disc to trade in after finishing or not wanting a game.

I'm sure we all remember the mutiny when Xbox thought of doing this right before the Xbox one console was released. I might be in the minority but ever since I got my Xbox one I only purchased digital. If it's something I really want it's 60 bucks no matter what. But I have found really good deals on Xbox marketplace if I just wait a little bit. Not having to get up and change discs or worried about them being scratched is priceless to me.