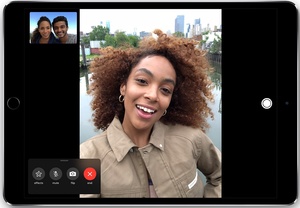 This is obviously a major privacy concern and Apple is aware of it.

"We're aware of this issue and we have identified a fix that will be released in a software update later this week," an Apple spokesperson said, reported the Reuters news agency.

If you are concerned about the bug, you could choose to disable FaceTime on your devices until the patches are pushed out by Apple. On an iPhone or iPad, open up the Settings app. You can then scroll down to FaceTime and toggle it off.

On a Mac, open the FaceTime app, click FaceTime in the Menu bar and you will see an option to turn off FaceTime.
Tweet
Tags: Apple FaceTime
<Report: Apple pondering game subscription service >Drop in iPhone sales hits Apple revenue
Previous Next
Comments have been disabled for this article.