Apple makes a historic product cancellation: AirPower is out 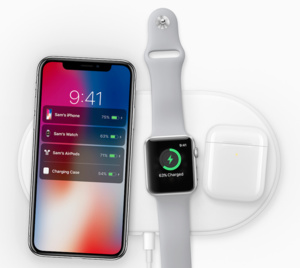 Apple has been working on a wireless power source for its wirelessly charging products for year and a half, but now the fight to get the product to the market is over. However, not in a way we expected.
After revealing the product in 2017 iPhone event (alongside iPhone 8 and iPhone X), Apple has cancelled AirPower yesterday citing high standards not being achieved. Here's the full quote from Apple:

"After much effort, we've concluded AirPower will not achieve our high standards and we have cancelled the project."

Simple as that. Apple has a tradition of not cancelling products, which makes this a significant step backwards. In fact, the company became known for its swift release schedule after the initial product reveal to the press.

That has slowed down in the recent years, perhaps after Steve Jobs, and products like HomePod took quite a while to be released to the public.

According to some rumors AirPower's three coil design ran too hot and they couldn't fix it due to simple laws of physics.

Making the cancellation a little bit more painful than it needed to be they just released a new set of AirPods that promote AirPower in the packaging.

Obviously AirPods team didn't get the memo, or I guess the decision could've been made in the past two weeks. Nonetheless the result is an embarrassment for Apple.

Wireless charging mats or pads still shouldn't be such a extreme case of engineering, but seems like it was Apple being pig-headed about a problematic design that undid the AirPower.
Tweet
Tags: Apple AirPower Apple wireless charging
<YouTube TV is now available across the U.S. >April Fool's pranks are used to teach AI on how to detect fake news
Previous Next
Comments have been disabled for this article.