Recent headlines | End of an era: iPod discontinued - the device that revolutionized music industry
AfterDawn > News > List of Google products that have since been killed off

List of Google products that have since been killed off 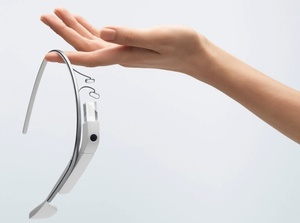 Google has created some of the most popular online services and products of modern era, ranging from its namesake search engine to Gmail, YouTube and others. But company is also notorious for killing off its own products - even those that users seem to love wholeheartedly.
This killing spree that has lasted for more than a decade has made some people very, very wary of falling in love to anything that Google has produced. And it might explain - to a degree - why some of the Google's products of recent years have failed to gather significant number of users.

Looking at the list of killed products in Google portfolio, it might be fair to say that the suspicious take is pretty granted. One of the biggest outrages was caused when Google shut down its Google Reader service back in 2013. Similarly, killing off much-hyped Google Glass AR product was also a disappointment to many people.

But looking at the entire list of killed Google products over the years is mind-boggling, as there are products that most of us have never even heard about - but some, which might have been useful - and even loved - to its users. Many people have hoped that Google would simply sell the products that it doesn't want to continue, but they have never done so, but prefer killing them instead.

Some of the "Killed by Google" products include:

This is just a list of some of the best-known Google services that have been since shut down. For a full, updated list of all services killed off by Google, you can se ethe list here.
Tweet
Tags: Google Google Desktop google glass Google plus
<April Fool's pranks are used to teach AI on how to detect fake news >Netflix prices to go up in May
Previous Next
Comments have been disabled for this article.