Recent headlines | Russia introduces new 100 rouble bill - but you can't get it from ATMs or to pay with it 1
AfterDawn > News > Online requirement for 'Doom' ports on PS4, Xbox One, Switch to be removed

Online requirement for 'Doom' ports on PS4, Xbox One, Switch to be removed 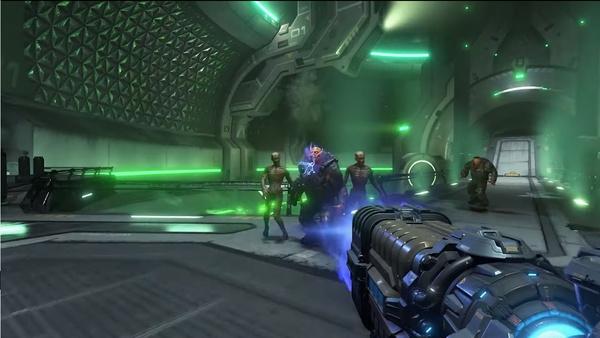 Last week, Bethesda dropped the three original Doom titles on PlayStation 4, Xbox One, Switch, Android and iOS but faced backlash over a login requirement.
Doom, Doom II, and Doom III ports arrived for the PS4, Xbox One and Switch last week. The first two titles are also available for iOS and Android, but not Doom III for now. The arrival of the classics was a welcome announcement, though it had been leaked beforehand accidentally by Nintendo's eShop.

However, the released faced some backlash from gamers almost immediately when he became clear you needed a BethesdaNet account to login in order to get started. Effectively, this meant that to play the old classic games which emerged when Internet access was far less prevalent, you needed to be online.

Bethesda responded quickly to the complaints and explained that the login requirement was included for the Slayers Club, to reward members for playing the classic DOOM games.

"The login should be optional, and we are working on changing the requirement to optional now," Bethesda announced on social media. "We will update everyone when a fix is ready."

There was also a few complaints related to some graphical changes made to the ports and problems with the music tempo on Switch.

This isn't a difficult thing to fix in ported software, in fact it is very simple to remove or patch. Shame on Bethesda or any of the modern software programmers these days, as it's not about the customer or functionality as much as it is about the programmer (adjective Artiest).