Recent headlines | Guide: How to Kick Unwanted Guests from Your Netflix Account
AfterDawn > News > Apple is looking into cryptocurrency and blockchain

Apple is looking into cryptocurrency and blockchain 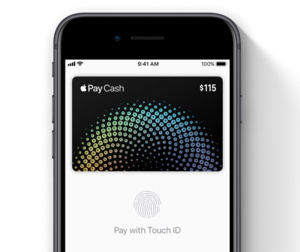 Apple is becoming more and more influential in the finance space, especially with the new Apple Card developed in partnership with Goldman Sachs. The company is not stopping there, and why would you?
According to Apple VP of Internet Services, Jennifer Bailey, the company is closely watching the cryptocurrency space. In an interview with CNN, Bailey says that Apple sees long-term potential in the virtual currencies.

The likes of Facebook are already developing their own strategies with virtual currencies, and considering Apple has payment systems like Apple Pay and within Apple Card, it is not out of question that Cupertino might be developing their on Bitcoin, or perhaps join another effort.

One has to remember that Apple is always "interested" in things that they will not invest in, and you probably shouldn't hold your breath waiting for the Apple Coin. It might be that actual virtual currencies are not the technology Apple wants to pursue, but instead the more general technology of blockchain that has applications elsewhere as well.

Blockchain could, for exampole, be harnessed to process Apple Pay transactions. This wouldn't make Apple Pay, or Apple Card for that matter, any more volatile or questionable, and could further embolden the security of their monetary service, an aspect that Apple often flaunts.