As the retro computing boom continues, this was probably something to be expected, somehow. LEGO and Nintendo have joined forces and created a gaming console made out of lego bricks.
The LEGO NES Console isn't a really functional gaming console, but a replica of the iconic Nintendo NES console, but made out of lego bricks. It aalso comes with a oöd-fashioned TV set, again, made out of bricks and, obviously, a game controller and Super Mario Bros. game. The TV set is equipped with a tiny crank. Rotating the crank will move a tiny Mario across the screen. 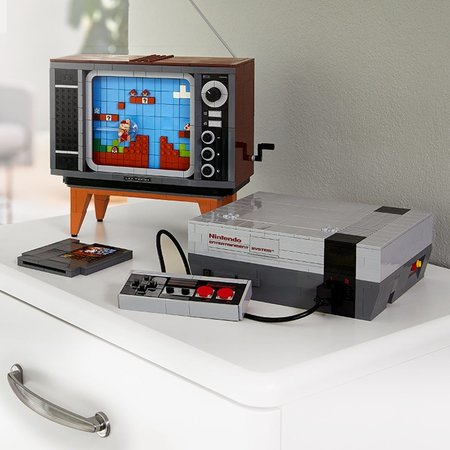 The set goes for sale on 1st of August in all official LEGO stores across the globe and will also be available through LEGO's own online store. The set will then be released to other retail channels (toy stores, supermarkets and other online stores) at the beginning of 2021. The set costs appx $250 / €230, depending on region.


Bring the pixels to life with the #LEGO Nintendo Entertainment System set! Assemble your own console and retro TV, then turn the crank to make 8-bit Mario move across the screen! Add your LEGO Mario figure for even more fun!

An ideal Xmas gift for all of those (us) who lived their childhood back in 1980s?