Recent headlines | Russia introduces new 100 rouble bill - but you can't get it from ATMs or to pay with it 1
AfterDawn > News > How does YouTube recommendations work? Help Mozilla to find out

How does YouTube recommendations work? Help Mozilla to find out

You know that feeling when you wanted to watch some good olde music videos from 1980s on YouTube, just to realize two hours later that you've spent the past hour watching conspiracy theories explaining how 5G networks caused liberal lesbians to invent coronavirus in order to replace all world leaders with lizards? Yeah. That feeling.
Now, how did you end up there? Nobody really seems to know. YouTube's recommendation algorithm has been in the spotlight of increasing controversy over the last few years, as it seems to prefer recommending user to watch as much weird and potentially dangerous stuff as possible. Videos about conspiracy theories, blatantly racist videos, anti-vaccine videos and even videos encouraging viewers to radicalize somehow (all the styles and genres are there, from far-left radical communism through far-right extremities to good olde jihadism).

Obviously, Google, who owns YouTube, wont tell, as the recommendation algorithm is one of its business secrets. But there's a word out there that even Google doesn't really know how it works anymore, as it is driven mostly by machine learning and some level of AI.

Mozilla, the foundation behind Firefox, now wants to understand how the YouTube's recommendation algorithm really works.

In order to get data to understand the behavior of YouTube's algorithm, Mozilla has launched a browser add-on called RegretsReporter for both, Firefox and Chrome, that allows users to report "hey, I ended up watching this scary QAnon video when all I wanted to do was to watch some yoga videos". 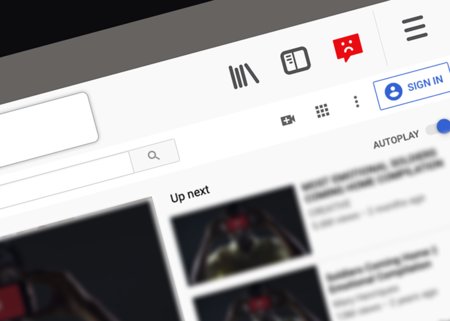 
Extension will then inform Mozilla about the video and how user ended up watching it - what videos triggered the algorithm to recommend that particular video. Mozilla then hopes to be able to understand better how the system actually works.

According to the project website, Mozilla is going to publish the results of the study later and hopes that it will serve as a starting point for public debate on how recommendation algorithms should be altered in future, in order to avoid the kind of situation we're now seeing with most social networks and their recommendation mechanisms.

You can download the extension for your browser here:

RegretsReporter add-on for Firefox
Tweet
Tags: Mozilla YouTube Add-ons RegretsReporter
<Super Mario arrives to .. MSX?! >Your WhatsApp activity can be monitored, no matter what
Previous Next Write a comment
Comments have been disabled for this article.