LG planning to sell its phone manufacturing to Vietnam 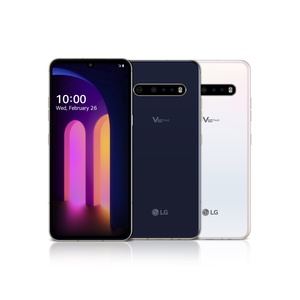 According to Korean sources, electronics giant LG is planning to sell its phone manufacturing division to Vietnamese conglomerate Vingroup.
LG's phone business has been making losses for some time now and company has announced plans to restructure its operations. If the proposed deal happens, LG would retain its phone R&D and outsource the actual manufacturing to Vingroup's facilities. LG currently has phone manufacturing facilities in Vietnam, China and Brazil.

Vietnamese government is supporting the deal, hoping it would expand country's high-tech sector significantly. The deal hasn't been approved yet, but according to Korean sources, it seems likely to happen.
Tweet
Tags: Vietnam LG
<Trump's last hurrah against Huawei >Google: We will shut down our search engine if we have to pay for news
Previous Next

You know things are bad when Korea out sources their work.

Originally posted by The_Fatguy: You know things are bad when Korea out sources their work.

NBot really. South Korea is one of the richest countries in the world. Somewhere around the same level as Italy is.
Petteri Pyyny (pyyny@twitter)
Webmaster
http://AfterDawn.com/
Comments have been disabled for this article.