Recent headlines | Guide: How to Kick Unwanted Guests from Your Netflix Account 1
AfterDawn > News > Does dark theme really save battery? Study shows it does, but only if certain criteria is met

Does dark theme really save battery? Study shows it does, but only if certain criteria is met 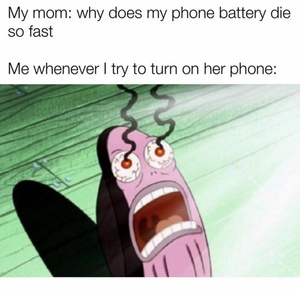 Dark mode has arrived to phones and computers during the recent years - as a huge wave. The prpoponents of the dark mode have always emphasized the fact that using dark mode saves battery compared to traditional light mode. But is it really true?
Rsearchers at Purdue University put the claim into a real test, using six of the most popular Android apps, in various usage situations, In order to test the dark mode's superiority, researchers installed six most popular dark mode-enabled apps from Google Play store: YouTube, Google News, Google's own Phone app, Google Calendar, Google Calc and Google Maps.

All of the tested apps are pre-isnatlled in millions of Android devices and each of them have more than 500 million installs each on Google Play store.


First and foremost, the dark mode wont save any battery if the phone's display is old. Specifically, phone's display must use OLED (or AMOLED) technology in order to benefit from dark mode, at all.

But if your phone uses other display technology, like LCD or IPS, the entire screen is always on and using dark mode wont save battery - at all.


If the screen brightness is medium, the savings are miniscule

Very small, but still a saving, tho.


If you use bright display, the savings are dramatic


Then again, if you're one of those peuple who prefer to keep their screen at maximum brightness level, at all times, your savings will be quite dramatic.

Researchers found that when switching from light theme to dark theme, the battery usage dropped between 39 and 47 percent. As display is by far the most power-consuming part of any modern smart phone, dark mode definitely helps in this particular case.

Again, it should be noted that this only applies to phones that have OLED displays. Entire study can be found here.
Tweet
Tags: Android dark mode
<Nokia 5.3 finally gets its Android 11 update >Amiga makes a comeback: TheA500 brings old '90s games back to life
Previous Next
Comments have been disabled for this article.