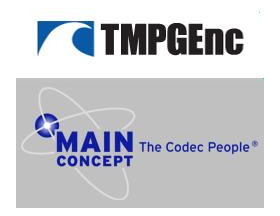 Just a few years ago the Tsunami MPEG Encoder, called TMPGEnc, was one of the hottest software titles available. At that time it was considered one of the premiere consumer video tools available. Combining an affordable price and high quality MPEG encoding it put the encoding of VCDs, SVCDs, and eventually DVD within the reach of the masses like no other program before. What may come as a surprise to many people is what started as a basic MPEG-1 and MPEG-2 encoder is much more than that now.

One of the biggest additions to the flagship program in the TMPGEnc line, TMPGEnc Xpress, is the ability to encode MPEG-4 AVC video using an encoder from MainConcept. Along with the Ateme encoder found in Nero products and the open source x264, the MainConcept encoder is considered one of the best tools available for creating the AVC video used in technologies from mobile phones and portable media players to Blu-ray and even some digital television signals. This guide will walk you through the process of converting a movie from DVD to MPEG-4 AVC for playback on either a computer or standalone DVD player with AVC support. 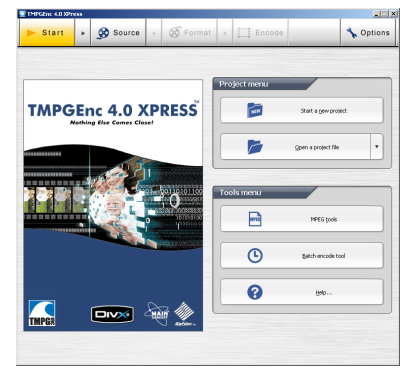 
When you start TMPGEnc Xpress you'll see the window shown to the right. Start by selecting the Start a new project button