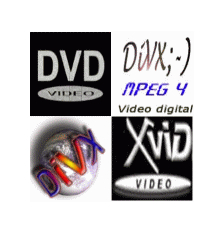 With the emergence of consumer video capture cards with high quality MPEG-2 encoders and the switch from analog to digital (primarily MPEG-2) television broadcasts, its become fairly painless for even a novice to get excellent quality TV captures. So now you've captured your favorite TV show, processed it to fix any transmission related errors, and cut out the commercials. You may have a single TS or MPG file or individual MPEG-2 video and AC-3 audio files.


AVC is rapidly becoming the standard for consumer video because of its efficiency and range of advanced features. Unfortunately all these features can be overwhelming for someone who just wants to find a simple way to convert a large MPEG-2 file to a much smaller MPEG-4 version. That's where AutoMKV comes in.


AutoMKV automates the process of encoding and authoring AVC video. Rather than requiring you to understand all the complex encoder settings for x264, the high quality open source AVC encoder being used. Instead you can select from a variety of profiles that have most of the difficult decisions made for you. If you like you can still tweak some settings, but you don't have to have an in-depth understanding of x264 of AVC to get high quality encodes from AutoMKV