How to Edit AAC (MP4) Audio 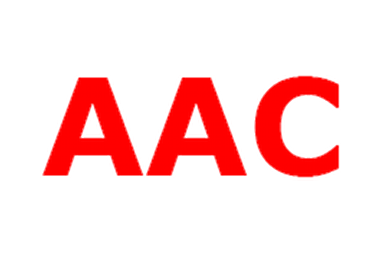 Over the past few years a relative new audio format, AAC, has risen from obscurity to be one of the most common standards in use today. Although the original version of AAC was actually an addition to the MPEG-2 specification, it's much more familiar to most people as the standard audio used in MP4 files, either alone or accompanying MPEG-4 video of some kind. It's the standard audio format sold in the iTunes store, and as a result is widely supported in portable media players. Its relative efficiency, resulting in small file sizes, even makes it suitable for use with mobile phones for ringtones and even general purpose multimedia files.

With all the AAC audio around it's ineveitable that people will need to edit it. Whether you're extracting an audio stream from a video file, joining multiple songs so they'll play together when you use shuffle playback on your iPod, or cutting a small segment to make a ringtone you're likely to have the need to edit AAC audio eventually. Due to AAC's relatively new introduction as a standard it's not as easy to find tools for editing as other formats like MP3. But that doesn't mean you won't be able to perform these basic editing tasks as easily. As the pages that follow will show, you can cut, join, mux, or demux with tools that are free and relatively simple to use.


Since AAC is a lossy compression format, meaning some information (quality) is lost during encoding, it's important to avoid decoding and re-encoding AAC audio unnecessarily. This guide focuses on lossless editing. That means no re-encoding will be involved so no additional quality will be lost.

Before Editing Your AAC Audio


Before you start editing your AAC files you may need to find out more information about them. For example, if you're joining 2 files you'll need to make sure they have the same sample frequency and number of channels. My preferred tool for this is MediaInfo, although many others can do the job.


I prefer to use the Tree view because it lists Resolution. Although this is typically 16 bits (like in the example), newer formats like Blu-ray may use 24 bit samples. For more primitive applications like mobile phone ringtones a lower resolution, or bit depth, may be used. Sometimes as low as 8 bits. Notice the Sampling rate of 44.1kHz. This means 44,100 samples per second, which is standard for CD Audio. For most home video applications this will be 48kHz just like DVD-Video. For specialty uses like ringtones it may be significantly lower. It's a stereo file so there are 2 channels.


Largely because of its origins as a MPEG-2 audio stream and more recent updates as part of the MPEG-4 specification there are 2 basic types of AAC streams which can be identified by the Format profile shown by MediaInfo. LC, or Low Complexity, is the variant most often used. It's found in most commercially available AAC music. High Efficiency, or AAC-HE, is more efficient and generally better suited for applications like mobile phone video where size is a major concern.


Unlike MP3 audio, AAC doesn't have its own container specification. Although it could theoretically be used with a variety of different containers, in reality it's almost always found in a MP4, MKV, or MKA file. The last two are Matroska file extensions, while the first is the official container for MPEG-4 video and audio. Depending on the container your AAC audio is stored in, some information may change or simply not be there. Since no aspect of either container will affect the editing covered in this guide they won't be covered.


You may even work with raw AAC files, which are essentially just audio streams outside of any container. Since they still include the most important attributes of AAC files. Although they won't include any container-related information like meta tags or a stream ID, the important technical properties are still readable.