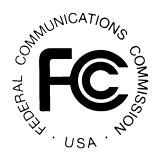 BusinessWeek looks at different aspects of the "broadcast flag" proposed by Federal Communications Commission in November. The flag would limit the way consumer's can record and view digital TV broadcasts on, for example, DVD.
Hollywood wants to limit copies since digital TV and DVD recorders allow pixel-perfect copies to be made. Some manufacturers, such as Sony, have welcomed FCC's proposal, but others, like Philips, aren't quite as satisfied. Philips argues that implementing the broadcast flag restrictions would soon render the 74 million DVD players in U.S. homes obsolete.

"We're concerned because as an electronics maker we have a pact with the consumer that says old stuff and new stuff will work together," says Michael Epstein, manager of technology and standards at Philips. "A Hollywood solution like the broadcast flag creates problems for consumers even when they aren't doing anything wrong. It's a side effect that stops them from doing something they legally should be able to do."

Since many electronics manufacturers are also involved in the entertainment business as content providers, Hollywood will probably be able to get its way with the protection demands.

We mustn't lower ourselves to the level of those we loathe, lest we become loathsome ourselves.
210.12.2003 21:18
rah
Send private message to this user
Newbie

Now people the question is not are you going to be able to hack it but can we keep our rights as consummers. We have the right to copy for our own use period. Its been this way for years now and just because we have a new format with picture perfact quality that is more lifelike does not give a license to suddenly change the laws. I am 40 years old and have been copying for my personal use since I was 20 some years old. And back then they told all of us that this is wrong, illegal and dishonest because it would break the movie industry. They are still here and I bet there are over 30 million VCR's sold and peobably out of that 30 million about 16 million users have the Macrovision Eliminator that defeats the copy protection and they are copying rented and purchased meterial for themselves and friends. Back then I had a friend who's Dad was so afraid of copying that he really did not want me to copy Top Gun for personal use but he wanted to borrow my VCR so he could make a so-called back up. I told him that whatever he copies with my equiptment I have a license to copy or forget it. I finally got my way. People are as gullible as they come and you all should be fighting for your rights just like we did when we captured Sadom Husane. We will not except terrorism of any kind not even from the corporate sector. They should be punished for trying to infringe upon your rights as a consummer. This is why as soon as you buy the latest equiptment that 6 month later it is outdated. They do this to get you to constantly buy and they are doing it with the DVD players/Recorders and definately the TV sets since by 2006 all analoge TV's are obsolete. Get with the program and educate others. We can vote these officials out of office and take the control of information back. Voodoohippie