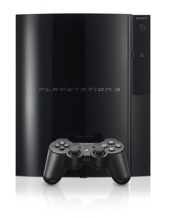 Last night, at the official UK launch of the Sony PlayStation 3, Sony Worldwide Studios boss Phil Harrison explained that he believed that the European maket was the key to the console's success.
In his own words, "This is the third continent out of three, but it is the most important...It's got most countries, it's the most people, it's the most cultures...the fact that we've got the launch here with more consoles shipped on day one that we've ever had in our history is a compliment to the importance of the European market."

The PS3 launched in the US last November and in Japan last December, but until this week, European gamers had to wait to get their hands on the new console. The official midnight launch in which Harrison was in attendence took place at a Virgin Megastore on Oxford Street.

Harrison seemed emotional about the launch and had this to say "it's an important day for the games industry and gamers alike: "I've seen PlayStation 1 and PlayStation 2 launched on Oxford Street but this is the most meaningful for me personally, because I think it's so important not just for our industry but for UK consumers - the fact that they're going to get the best machine with the best software support, the most Network service and the firmware update."

"They had to wait, and I feel really bad about that. But I'm hoping we can make it up to them with the quality of software that we've got coming out."

Harrison seemed happy with the results of Sony's efforts to make a succesful launch: "The fact that people are prepared to invest their time, their money and their passion in queueing up to be part of a launch is great - and it kind of makes all the hard work worthwhile," he said.

whoa, that was deep.

Hes right without the UK the Xbox would never had ,made it this far.

This seems to be a common thing with companies as of late. They embrace the new customers with open arms, but there is no respect or acknowledgment given to the loyal consumer that have been with them from the start. If it wasn’t for all of us that actually went out and bought a PS1 and PS2, there would be no PS3.

“The fact that they're going to get the best machine with the best software support, the most Network service and the firmware update."

What ever happened to customer loyalty? All companies seem to be focused on the almighty dollar and they will lie in any way they can to recruit new sheeple to follow them in their quest to become richer.

Unfocused
its uneeded,consumers are sheeple to be lead and lied to at the whim of the corporate horde,retuning a game was bad for them they slowly removed it and now its banned threw deals with their minions in retail,PC games are becoming the next in line to fall used PC games have been removed from all GS/EB chains,they treat the consumer as if it can be feed anything and be happy to pay for it,sadly this is the case on many levels,I will keep to my ways of "boyycot the horde" as best as I can they have shown not a care to do things to make it worth my hard to earned money.

Much like the music and flim mafia,the game industry is learning well how to keep double profits flowing into the biggest pubs while smaller devs get nothing for their works while the larger pubs eat up the remains the snake is eating itself and gettign dumber blinder and more hungry as it goes....gamedom is the new hollywood same as the old hollowood......branded,regurgitated and stagnating in its own IP/CP slow to nurture new things that could turely bring them a profit.

Translated into real English what he is saying is this.

"We at Sony, are now embracing Europe as we are screwed everywhere else. We realise that in the past Europe has always received our hardware and software later than anywere else. This is not going to change but we want you to know that by spending £400+ on a console that has been recently downgraded and uppriced you can now buy our overpriced software. In short we want to thank Europe for taking all our shit, accepting our delayed release schedules and most importantly for giving us a larger profit margain than other territories."

Europeans always get screwed with console & software releases, Sony are a prime culprit.