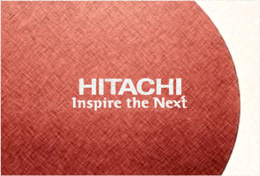 Hitachi is responding to struggling plasma TV sales in the European and Chinese regions by announcing it will soon also offer large screen liquid-crystal display (LCD) television sets in both territories. Sales of Hitachi's Plasma TVs in China and Europe have struggled to compete with lower-priced liquid crystal display televisions offered by its competitors.
The Yomiuri Shimbun reported that the company will soon offer both plasma and LCD TV sets in Europe and China in an effort to boost revenues. LG Electronics is currently involved in lawsuits with Hitachi over alleged patent infringement. LG claims that Hitachi is infringing on their plasma display panel patents.

The two electronics giants have been working on a licensing agreement since 2005, but seem to have a fundamental difference of opinion over what is covered by each company's patents.