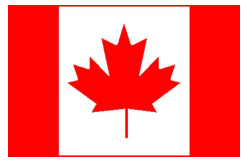 The Canadian government has recently been considering changes to their copyright law, laregely in response to complaints from content owners and the U.S. government regarding the country's lack of DMCA-style legislation to make bypassing Digital Rights Management (DRM) measures illegal. However, at least one government official is worried about the implications of legal protections for DRM.
Last Friday Jennifer Stoddart, the Privacy Commissioner of Canada, sent a letter to Minister of Industry Jim Prentice and Minister of Canadian Heritage Josée Verner expressing concern over the use of DRM to violate consumers' privacy. She pointed to Sony's now infamous rootkit fiasco in 2005, when a number of that company's CD releases included a program that automatically installed itself when inserted in a computer running Windows without asking, or even notifying the user.

She noted that "If one of these copy-protected CDs was played on a computer connected to the Internet, it was capable of reporting back to Sony BMG information such as when the CD was played, the IP address it was being played at, and whether and how often attempts were made to copy it."

The letter closes with concerns about proposals that would require Canadian ISPs to cooperate with copyright holders who are investigating alleged infringement on their networks or face a fine of up to $10,000.

"Allowing a private sector organization to require an ISP to retain personal information is a precedent-setting provision that would seriously weaken privacy protections. When this provision was proposed in a previous proposal to amend the legislation it did not include any threshold that had to be met before the notice could be issued, nor did it provide any means for the ISP to contest the demand to retain the data. The extended retention periods create additional privacy concerns."

You can read the entire contents of the letter on the Canadian Government's Parliamentary Activities webpage.
Tweet
<Time Warner divisions seem conflicted over internet video >3G phone with e-book reader and 5 inch screen to be available this year
Previous Next

What the heck. Why do people have to be so money greedy :/.

They better keep their mouths shut...

Bastards. I've had a couple close calls myself >:

Time to get these wacks out of office. I say Revolution!

I was under the impression the Levy we pay on each blank disc goes to the "content owners" therefore we are allowed to make copies of our purchased merchandise for archival purpose.

How about the government focus their attention on real crime.....

Slightly offtopic, i don't understand why some people are willing to support Blu-Ray so blindly, when clearly BD+ has the potencial and intent to do the same that Sony's infamous rootkit did in 2005. BD+ basicly is a executable program included on Blu-Ray discs, that automatically instals itself when inserted in the player without asking, or notifying the user.

And if Blu-Ray players such as PS3, are capable to connect to the Internet, can report back to Sony information such as when the Blu-Ray disc is played, the IP address or memory footprints, whether you made attempts to tampered the player or if you actually made and played copies of BD movies, and without your consent, BD+ can instruct your player to transform the audio and video output, so that parts of the content or all the disc will not be viewable.

Quote:She pointed to Sony's now infamous rootkit fiasco in 2005, when a number of that company's CD releases included a program that automatically installed itself when inserted in a computer running Windows without asking, or even notifying the user.

You know in some places this mayb called as a virus :P can we sue them for giving us a virus. A virus in my dictonary is anything that gets installed on my computer that makes my computer not function correctly.
Comments have been disabled for this article.