US magazines to start 'digital newsstand' in 2010 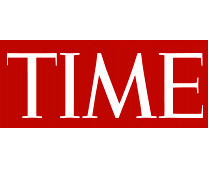 Time is reportedly in talks with U.S. magainze publishers to begin a 'digital newsstand' sometime in 2010 that would deliver the magazines to mobile devices and e-book readers.
Time is in talks with Conde Nast and Hearst, two behemoths of the industry, although it is unclear how far along in the discussions the publishers are.

Users of the upcoming service could buy subscriptions, either by month, annualy or biannually.

The companies hope the digital newsstand will help counteract the deep decline in print advertising revenue that has occurred since 2005. E-book readers such as the Kindle are becoming more and more popular.

The service would mark one of few times that a print company has charged for content online, and if successful it will certainly be one of the few, standing next to the Wall Street Journal.

Analysts have called the rumored service a "magazine version of Hulu," which may not be a bad thing considering how strong Hulu has become in the streaming video market in just over a year.
Tweet
<WebOS firmware 1.2.1 brings back iTunes syncing >Google temporarily removes The Pirate Bay from search engine
Previous Next

The end of the magazines as we know it is on the horizon. Newspapers are slowly going the way of the dinosaur. It was a good era while it lasted. I'll surely bemoan there demise.

Many people live 'off-the-grid' in these terms. They can't or won't own computers or most other electronic IT toys. Twenty years ago there were forecasts that the computer was rendering Libraries obsolete.
But it's good that sales are down on magazines that use heavy metals in their ink.