LG has unveiled the GW990 smartphone at CES, the first to use Intel's Moorestown platform, alongside Intel's Moblin Linux OS.
The phone itself is gigantic, but includes a 4.8-inch screen that features a 1024x480 resolution. The device gets about 4 hours of talk time and 300 of standby for its 1850 mAh battery, and includes a now-standard 5MP camera.

The Moblin OS looks similar to Android but has much less developer support as of yet. LG uses an "S-Class" UI for the GW990, adding 3D effects and large, colorful icons.

The Atom CPU allows for flawless multitasking, says PCmag, and the editor says he watched a movie, while checking his calender and sending a text, all at the same time.

The device is not priced as of yet, and will hit Korea first in the Q3 of this year. No word on a North America release. 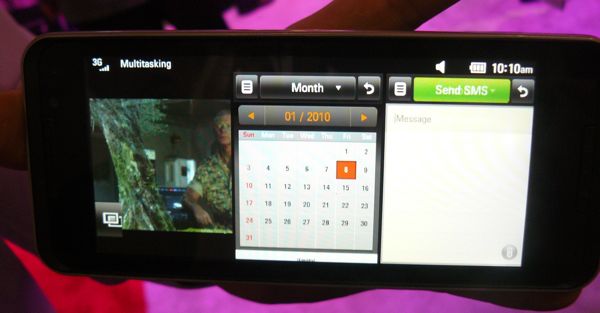 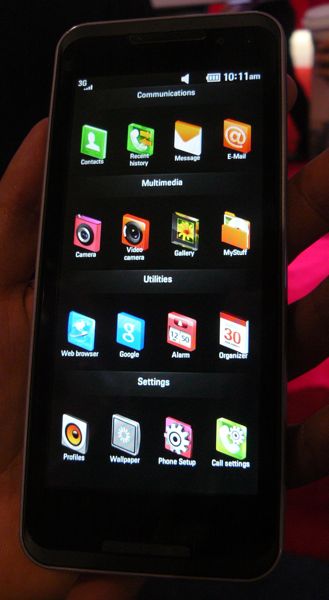 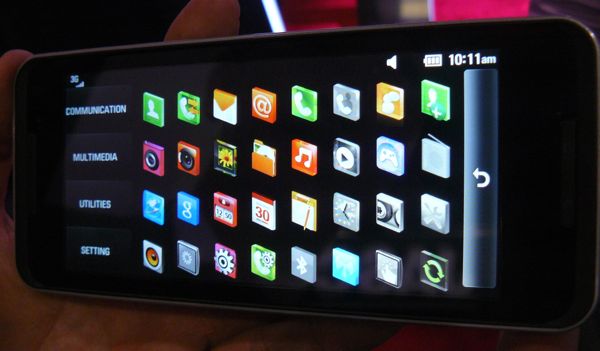 Just the idea of gigantic and 4.8 inches referring to the same device amuses me.

its a MID with GSm capabilites, i wouldnt scritcly call it a phone.

It can also be used as a mini night stick for the Executive copper :)

I know the size of these new phones could be considered obsurred, and that joke about the nightstick was funny by the way. But if you have limited vision such as I, you'll certainly appreciate it the screens large deminsions. I'm sure it's still pocketable and that's all that really matters to me. The bigger it is, the easier it'll be to read and to be able to acutally use the onscreen keyboard efficiently. last but not least, it's large size makes it that much more of an attention grabber. It's a win win.