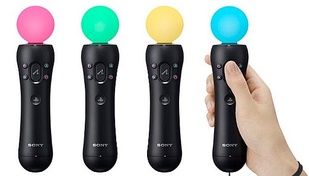 "The milestone was reached in just two months since its release in September for North America, Europe/PAL territories and Asia, and 1 month since the release in October for Japan," added Sony.

"The number not only shows clear success of the launch of the new motion sensing controller but also indicates positive momentum going in to the holiday season and to the year 2011."

Move is supported by 25 games.

Its not surprising to see such strong sales, the product it self is ACTUALLY good and the pricing aint even half as bad. Just waiting to get one of those ps move guns and play MAG or any other shooting game for that matter B-).. apparently the gun add-on really makes a big difference.

These are only sales to retailers not to the consumers, so this doesn't really say that it has been a big success.

Quote:confirmed with Sony that the sales numbers are in reference to retailers, not consumers, and learned that more than 75 percent of the sales in the US are bundles -- meaning new console sales or software groupings.