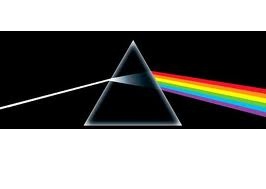 Legendary rock band Pink Floyd has signed a new deal with record label EMI this week, one that will finally see the band's tracks made available online, via stores such as iTunes.
Earlier this year, Pink Floyd sued EMI because the label had wanted to begin selling individual tracks. The band says they never agreed to have the tracks available "unbundled."

The band cited a clause in their original contract (from 1967) which stopped the label from altering their work.

A judge sided with the group and said they reserve the right to "preserve the artistic integrity of the albums."

EMI was forced to pay all legal costs and settle another dispute over online compensation.

Will probably be a rip off again like The Beatles.

Well, since they are sticking to keeping the songs integrated as albums, why not reissue them on vinyl-- from the original analog masters, of course. Keep the digital stuff off the vinyl!!!